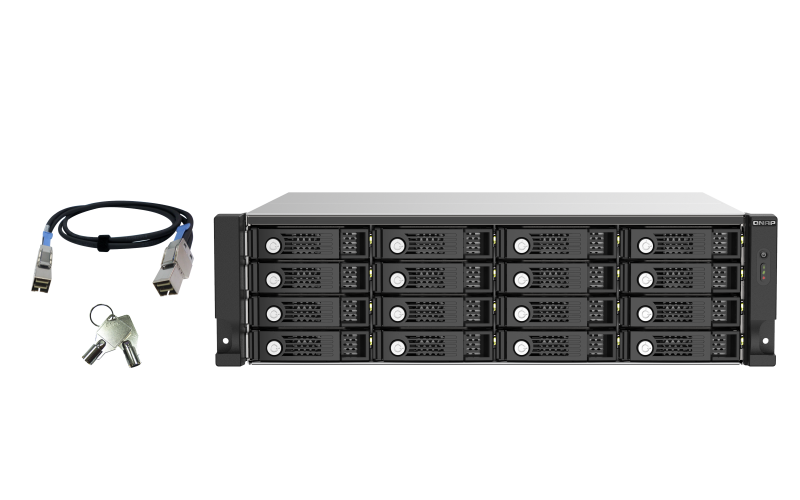 The TL-R1620Sep-RP SAS 12Gb/s storage expansion enclosure is designed for expanding the storage space of your QTS or QuTS hero NAS. Up to sixteen expansion enclosures can be daisy-chained via high-speed mini SAS HD cables to support up to 4.6PB raw capacity, ideal for archiving/backing up virtualization applications, surveillance recordings, large data, or multimedia. Featuring Broadcom® SAS DataBolt™ bandwidth optimization technology, the TL-R1620Sep-RP consolidates 6Gb/s infrastructure into 12Gb/s. When connected to a QTS/QuTS hero NAS that supports multipath routing, the TL-R1620Sep-RP can achieve smoother data transmission and continuous system operation. 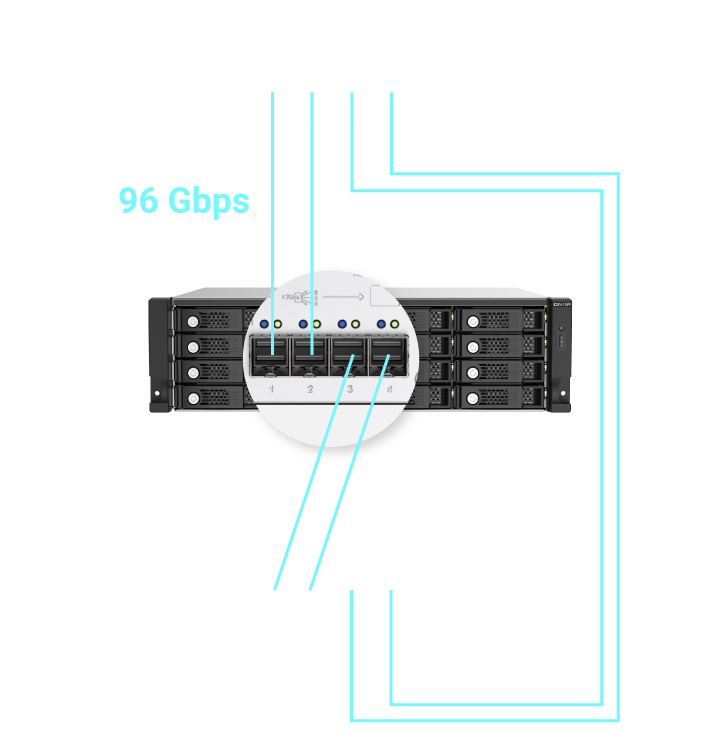 Achieve up to 96Gb/s with link aggregation

The TL-R1620Sep-RP is powered by a low-power 28nm SAS35x36R SAS Expander and supports 12/6 Gb/s SAS/SATA drives. Also, it has four 12 Gb/s SAS 3.0 (x4 Lane) SFF-8644 SAS Wide Ports. By connecting the TL-R1620Sep-RP to the host NAS and daisy-chaining multiple JBODs with two wide ports configured with link aggregation, the solution delivers up to 96Gb/s transfer speed.

Featuring Broadcom® SAS DataBolt™ bandwidth optimization technology, the TL-R1620Sep-RP features an intelligent data buffer for transferring data to drives at speeds that match the performance of the host NAS. Whether the TL-R1620Sep-RP uses 12Gb/s or 6Gb/s drives, the NAS host will transfer data to the TL-R1620Sep-RP at 12Gb/s, allowing you benefit from high-speed 12Gb/s SAS transmission with existing 6Gb/s infrastructure.

Connect up to 16 JBODs, support up to 4.6 PB raw capacity 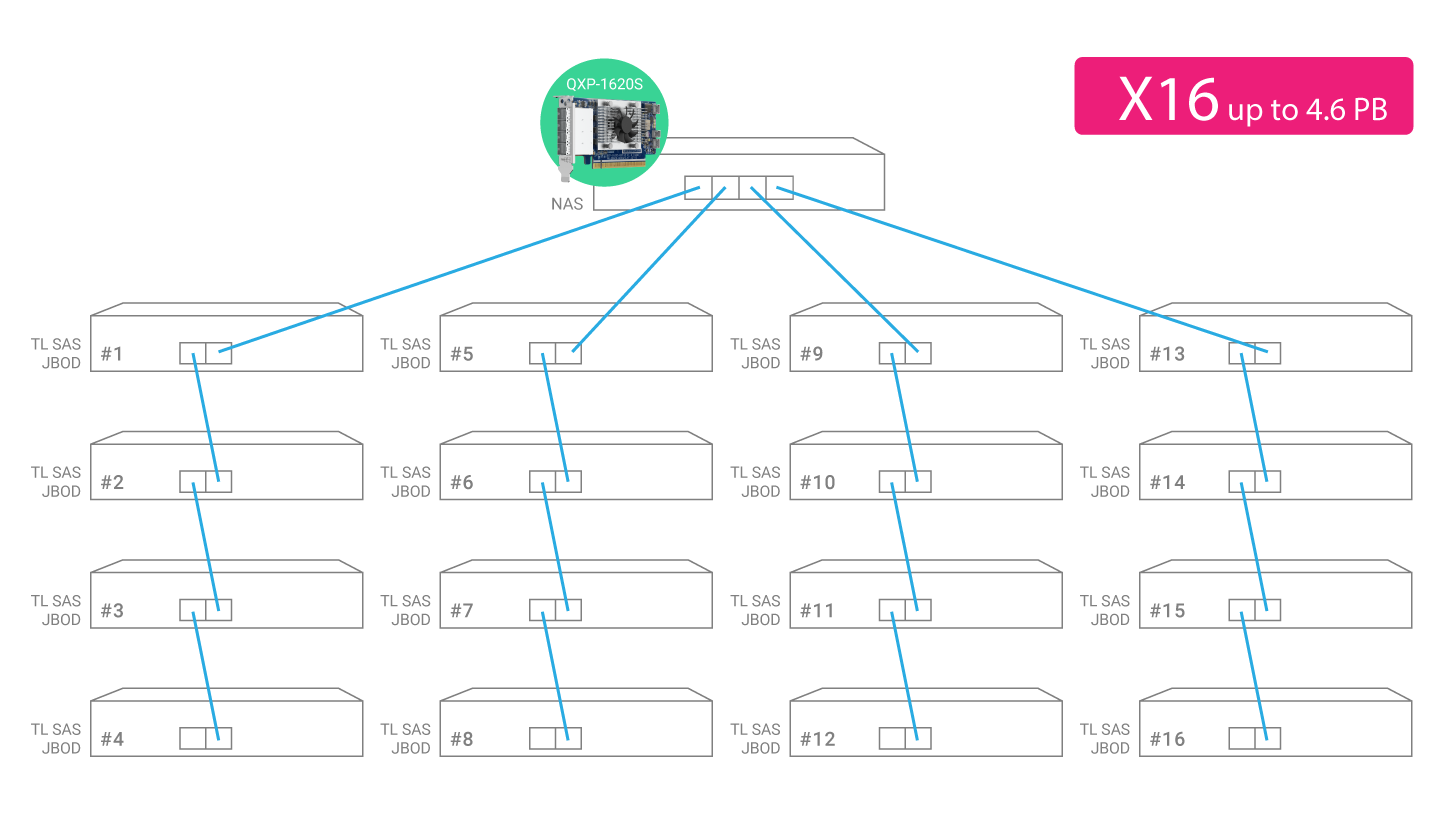 By daisy chaining the TL-R1620Sep-RP, data transmission loads can be balanced with multipath routing to achieve high availability. If one route fails, another transmission route can be used to access the data and ensure continuous system operations. The TL-R1620Sep-RP also features a redundant power supply to ensure system uptime.

By daisy-chaining your NAS to multiple TL SAS JBODs and REXP SAS JBODs, you can take advantage of multipath routing and link aggregation to benefit from higher transfer speeds and system availability. 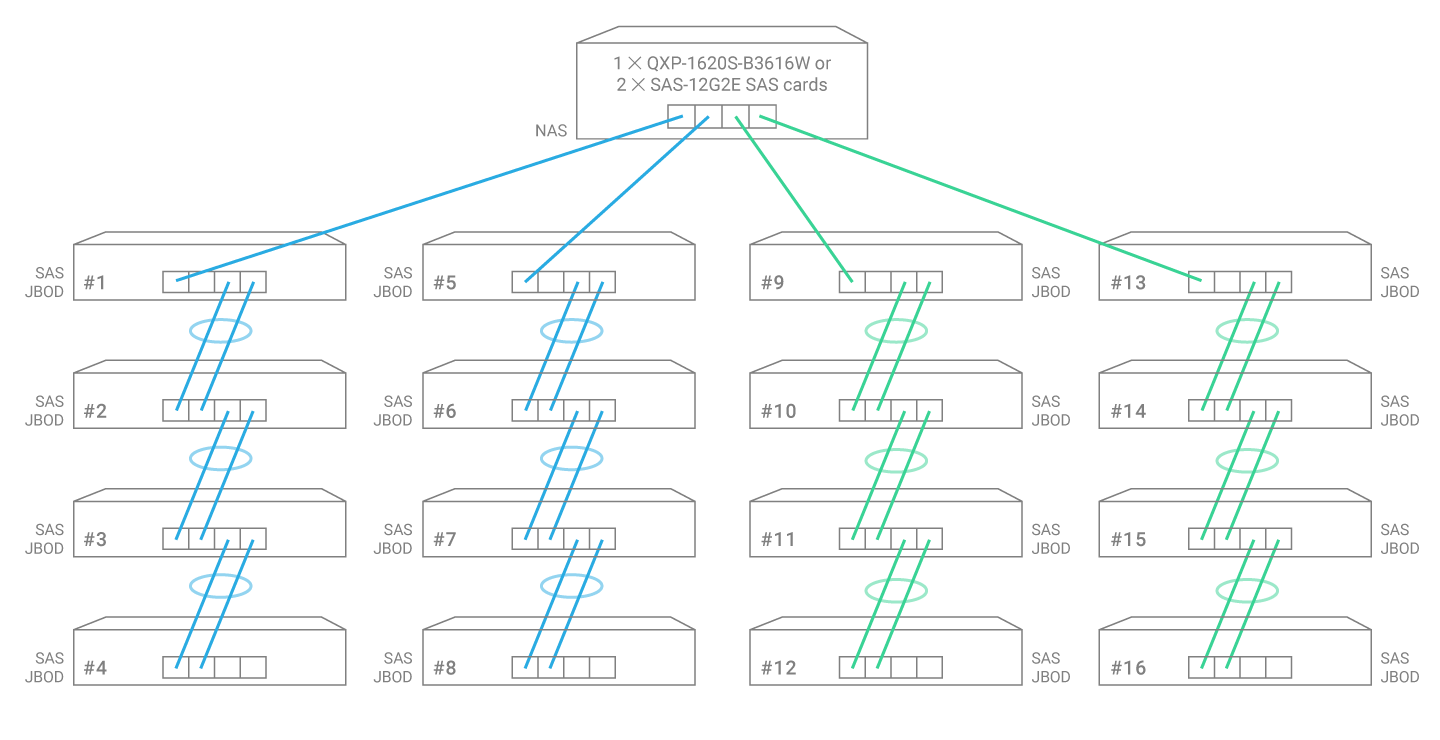 Ultra-high Performance (up to 192Gb/s) 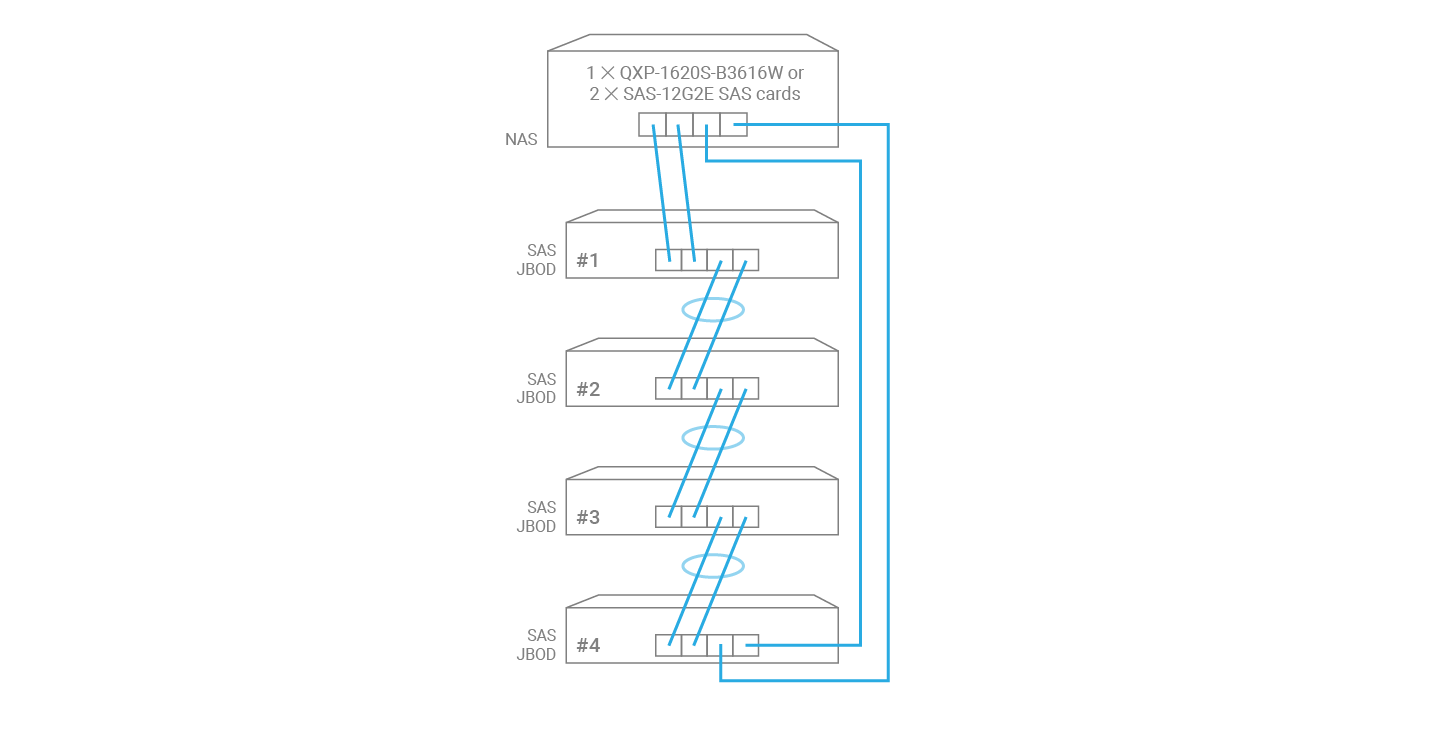 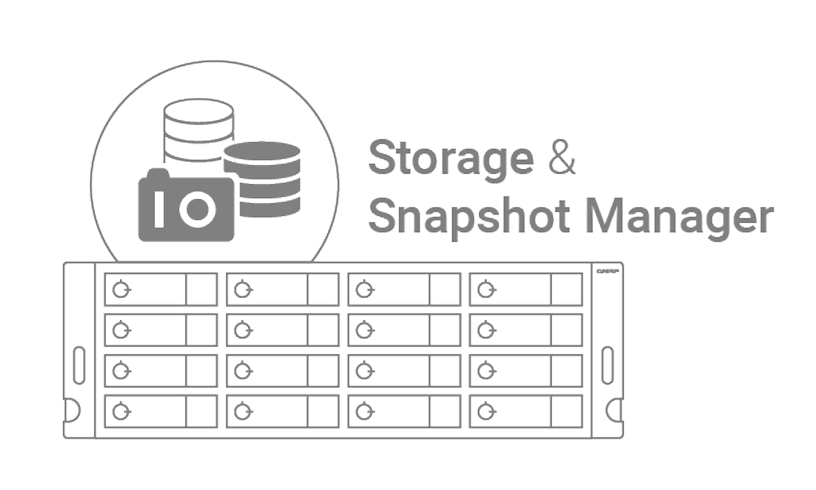 Moving many small files or a single large data file over a network can be time-consuming and negatively impact network performance. By setting up the RAID configuration on the TL-R1620Sep-RP, you can use it to move files to another computer or NAS. Simply save the files to the TL-R1620Sep-RP, connect it to the destination device, and then copy the files over.

Note: When using software RAID configuration, the TL-R1620Sep-RP migration only supports hosts that use the same operating system.

Extend hardware warranty up to 5 years

The TL-R1620Sep-RP is backed by a 5-year warranty at no extra cost. This premier warranty demonstrates QNAP’s dedication to your essential business needs for continuous operations and non-interrupted services.

Get the best SAS cables for your work environment

Note: Use only QNAP memory modules to maintain system performance and stability. For NAS devices with more than one memory slot, use QNAP modules with identical specifications. Warning: Using unsupported modules may degrade performance, cause errors, or prevent the operating system from starting.
* Sound Level Test Environment: Refer to ISO 7779; Maximum HDD loaded; Bystander Position; Average data from 1 meter in front of operating NAS. Designs and specifications are subject to change without notice.